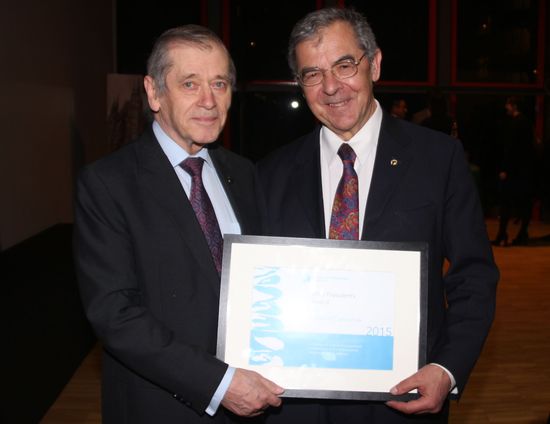 Prof. Edward Czerwiński has been awarded by the International Osteoporosis Foundation for his hard work and extraordinary achievements in Central Europe. The award is presented annually to researchers from around the world for their contributions to the studies on osteoporosis and musculoskeletal disorders. Prof. Czerwiński is the first person from this part of Europe to be honoured with the award.

Prof. Edward Czerwiński is the head of the JU Medical College Department of Bone and Joint Diseases. He is a doctor, a lecturer at the university, a researcher and a social activist. He has been treating and studying bone and joint diseases for 40 years. He was one of the pioneers of osteoporosis research in Poland.

Along with Prof. John Kanis, Prof. Czerwiński has adjusted the FRAX UK (fracture risk assessment tool) to Polish population. In 1983, he introduced his own methods of radiodensitometry and computer structural analysis of radiograms.

Currently he participates in the research of European Osteoporosis Summit for Central Europe and European League Against Rheumatism. Additionally, he closely cooperates with various organisations from Germany, the Czech Republic, Russia, Ukraine, Lithuania, Belarus, and Romania. He has organised over 17 symposiums and congresses on the subject of osteoporosis and orthopaedics. 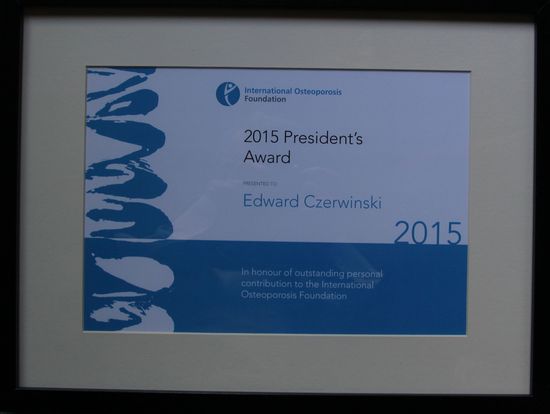 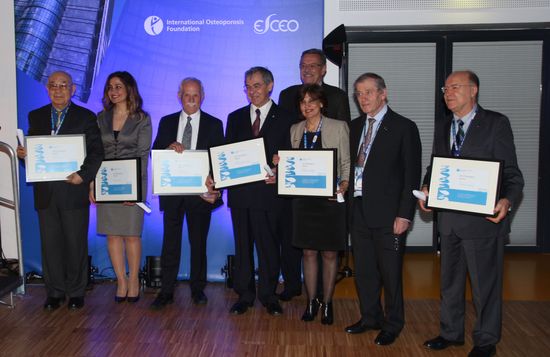