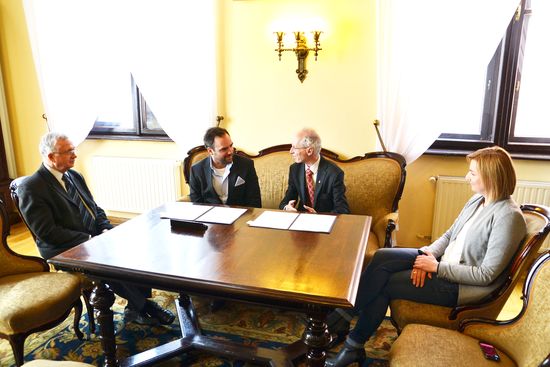 Dr Sebastian Glatt has signed a five-year contract with the UJ Małopolska Centre of Biotechnology. On 1 September, he will begin working as the leader of the research group of the Max Planck laboratory in Kraków.

The Max Planck laboratory at the Małopolska Centre of Biotechnology was created thanks to a cooperation agreement between the Jagiellonian University and the Max Planck Society in 2009. The laboratory leader was selected among 37 candidates who applied for the position. The symposium selection took place in Kraków in November 2014. The committee selection committee consisted of researchers from the Max Planck Society and the Jagiellonian University.

Dr Glatt will have the opportunity to conduct research at the highest level, leading a 3-member research team (recruitment will start shortly) in the modern and well-equipped Małopolska Centre of Biotechnology building.

The Max Planck Society is an independent German research institution that is funded by the government. It is one of the most prestigious research and development organisations in the world. Its researchers have so far received 18 Nobel prizes. The Society coordinates research in 80 institutes in Germany and other European countries.

The Małopolska Centre of Biotechnology was established as a joint initiative of the Jagiellonian University and the University of Agriculture in Kraków. Under the Innovative Economy Operational Programme, at the cost of 25 million euro the institution was established. The main purpose of the institution is to conduct research at the highest possible level, generating innovation, patents and focus on working with companies operating the area of life sciences. Cooperation with the best academic institutions in the world should result in establishing MCB as an important scientific centre of national and international significance. 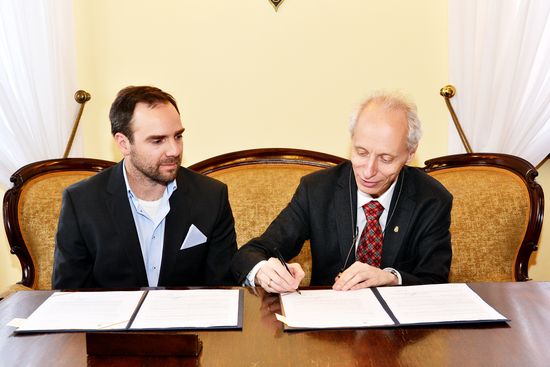 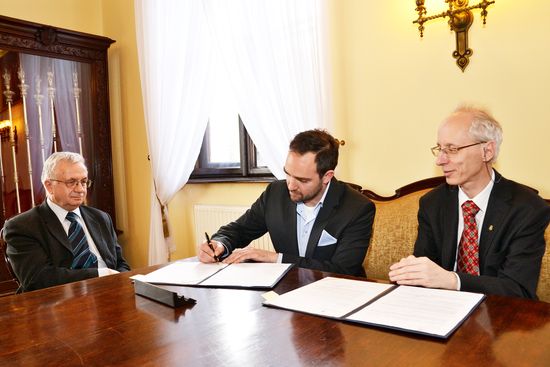 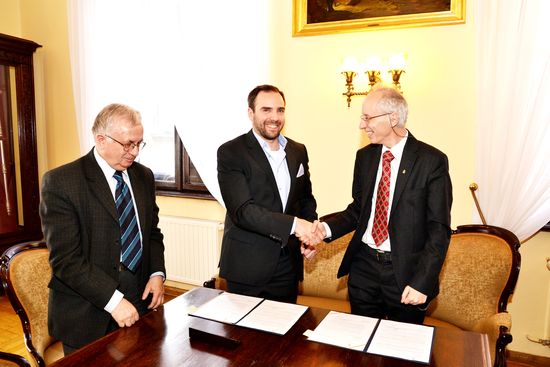