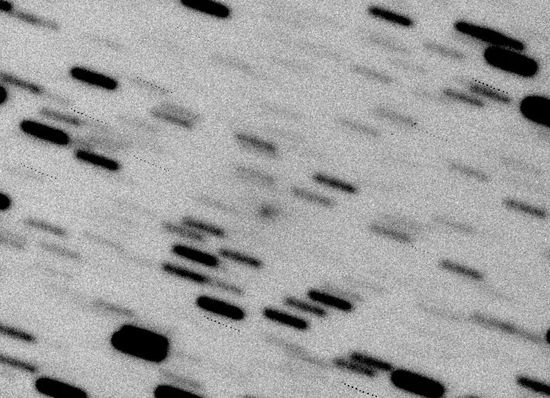 The International Astronomical Union has officially confirmed that on 23 March 2015, a team composed of four Poles discovered a comet in our Solar System. The comet was named C/2015 F2 Polonia.

This hitherto unobserved astronomical object was discovered with the help of a robot – more precisely, a remote control astronomical observatory located in the Atacama Desert in Chile. The consists of amateurs rather than professionals, who established the second observatory of this type using their own funds in order to search for comets and planetoids. The first one is located in northern Italy. Polonia is the fourth comet discovered by Poles in the post-war period (with the use of a ground telescope) and the first one in 90 years to be discovered by non-professionals.

The discoverers are sure that the comet poses no threat to Earth and will pass by at a safe distance in the coming months. It is too early to tell if it is a one time occurrence or if the comet will visit our neighbourhood again in the future.

The comet was spotted from the southern hemisphere, but in several months it will probably be visible at our latitude. If the comet's surface is sufficiently heated by the sun, it may become bright enough to be observed without the use of professional equipment. 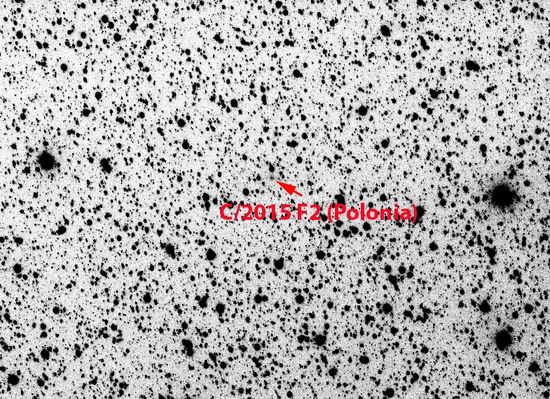 The first image of Polonia (23 March) 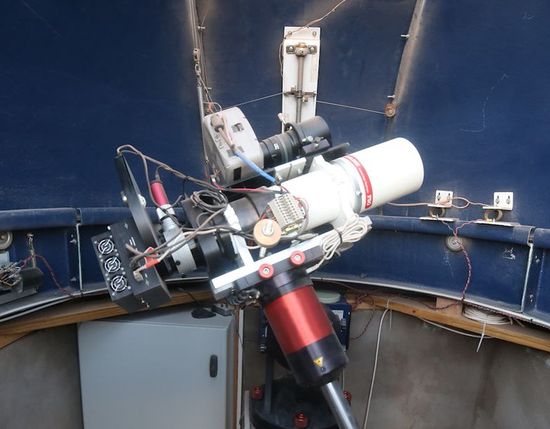 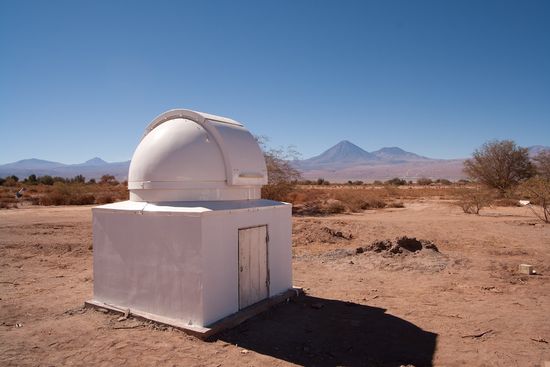 Polonia observatory (the Andes in the background)